FREE UK DELIVERY on orders over £150 (Mainland UK Only)

WHO?... the names behind JAM

Johns and Mushroom (JAM) was formed from two smaller businesses which were both well-known  percussion suppliers in the UK for many years . The two directors of JAM are Graham C. Johns and Tony Lucas. Both are still active professional percussionists with nearly 90 years professional experience between them. 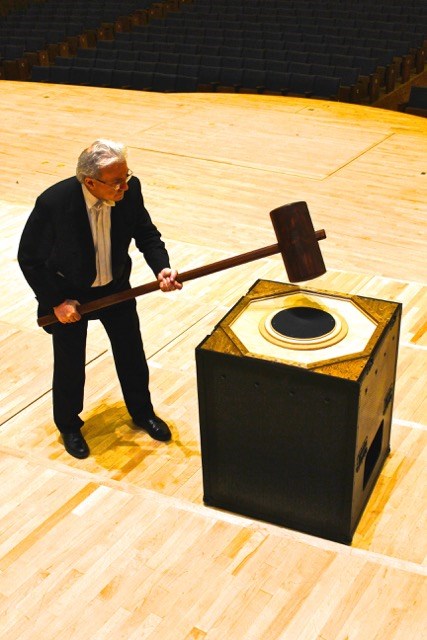 This was followed by three years of study with Jan Pustjens and Jan Labordus at the Amsterdam Conservatorium of Music. While there Graham played regularly as an extra percussionist and occasional 2nd timpanist, with the Royal Concertgebouw Orchestra. His debut with the RCO was in 1978 playing Harmonica, with Sir Colin Davis conducting, for the orchestra's 90th Birthday Concert (broadcast live on Eurovision). He also freelanced with several other of the Netherlands finest orchestras and ensembles.

In 1979 Graham was awarded a scholarship to Oberlin Conservatory of Music in the USA to study with Michael Rosen, graduating in 1982 with a BMus (Magna Cum Laude). In 1983 he won a Fellowship to the Boston Symphony Orchestra Tanglewood Music Centre to study with Vic Firth and Frank Epstein, playing under conductors Leonard Bernstein, Seiji Ozawa and Andre Previn. Graham also enjoyed a period of study in New York with Fred Hinger, the former timpanist of the Philadelphia and Metropolitan Opera Orchestras, later with Alan Abel, renowned former percussionist of the Philadelphia Orchestra and Richard Hochrainer of the Vienna Philharmonic. While in the USA Graham performed with the Grand Teton Festival Orchestra and the Toledo Symphony Orchestra.

In 1983 Graham was appointed as Section Leader Percussion of the Royal Liverpool Philharmonic. On a number of occasions he has performed as soloist with the RLPO including the UK premiere of Takemitsu 'Gitimalya' for marimba and orchestra (broadcast live on BBC Radio 3) along with other well known solo works for percussion by Bartok, Milhaud and Panufnik. He continues to be invited to play in the percussion sections of several of the UK's leading symphony orchestras.

In 1995, by special invitation, Graham became a founding member of the World Orchestra for Peace conducted by Sir George Solti. This exceptional ensemble performed regularly at the BBC Proms in London and around the world as 'Ambassadors for Peace', with tours throughout Europe, Russia, China and the USA.  www.worldorchestraforpeace.com

In 1996 Graham made his USA debut as a percussion clinician at a number colleges and universities. This was followed by an appearance at the Nashville Convention of the Percussive Arts Society. Graham is also well known throughout the UK and Europe for his Orchestral Percussion masterclasses and workshops, having given clinics in the Netherlands, France, Luxembourg, Austria, Greece, Sweden, Norway and Iceland. He is a former percussion tutor at Chetham's School of Music and the Royal Northern College of Music in Manchester, and is regularly invited as an External Examiner in Percussion at various Conservatoires throughout the UK. He has been percussion tutor for the National Youth Orchestras of Spain (JONDE), the Ulster Youth Orchestra, as well as the National Youth Orchestra of Great Britain and the European Union Youth Orchestra (EUYO).

His business interests began with 'Pro-phonic' Percussion in 1984 and developed into Graham C. Johns Percussion over 19 years, culminating in the formation of JAM Percussion in 2003. His line of snare drum sticks manufactured by Cooperman are used by players around the world, as well as very popular specialist cymbal mallets made by Acoustic Percussion.

In May 2014 at Liverpool Philharmonic Hall Graham and the RLPO Timpani and Percussion Sections performed the World Premiere of a specially commissioned Concerto for Percussion and Orchestra 'Poltroons in Paradise' by Stewart Copeland (drummer of the 80's band The Police), now a film composer in great demand.. A subsequent performance and live BBC broadcast took place from Perth (Scotland). Further performances also took place in Dublin and Beijing in September & October 2014.

Graham continues to present and perform in Chamber concerts, both at the Philharmonic Hall and elsewhere whenever possible. 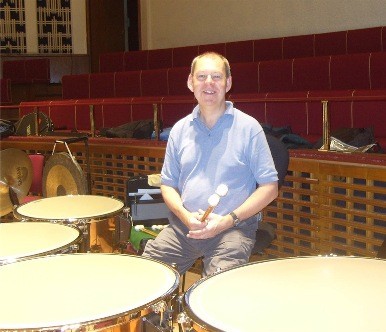 After formative years in Nottingham, Tony studied at the Royal College of Music in London.

Graduating from the RCM in 1982 it was as a freelance player that Tony built up a wide range of experience in all types of music-making. He has performed with many of the top British symphony, opera and chamber orchestras and regularly worked in West End Shows such as Oliver!, Candide and Passion. Other work included recording sessions, such as commercial film sound-tracks for 'Mr Bean the Movie', 'The Young Americans' and for TV 'The Borrowers'.

During the mid 80s Tony began to specialise in ballet with appointments as Principal Timpani with London City Ballet and Sub-Principal (later Principal) Percussion of the Sadlers Wells Royal Ballet orchestra (now Birmingham Royal Ballet). In 1988 Tony became Principal Timpani for the New London Orchestra and has played in many recordings with the NLO, especially the series of British Light Music Classics for Hyperion.

In 1994 the New London Orchestra performed with Matthew Bourne's 'Adventures in Motion Pictures' Company which led to the successful 'Swan Lake' tour, West End run and TV recording in 1996. This was followed by 'Cinderella' in 1998 and a UK tour and performances at the Old Vic of 'The Carman' in 2000.

Tony's business interests began in 1988 when Mushroom Covers was formed. (The name is taken from his father's Lithuanian surname, Baravykas, meaning King of the Mushrooms) This built up over 15 years before merging with Graham C. Johns Percussion in January 2003.

Complementing his musical qualifications, Tony has passed both the Certificate and Diploma of Professional Management with the Open University-part qualifications for an MBA.